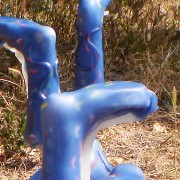 An intense week’s work, carried out in an excellent working environment during which many renewals were made on orthotic walking apparatuses. We could count on the collaboration of Dr. Jovko Gyurov’s technicians: Angel, who was there all week, as well as Georgi and Stanimir, the technician who was involved in the production of anatomical shells to improve posture. On the foundation front, not only Kilian and Dimitri were present but, for the second time,  Ketsia was able to spend another week in Bulgaria with us. She has already confirmed her presence at our next visit in March.

Follow-ups were carried out on almost 50 children and several new cases were examined. Our orthopaedic medical activity in Bulgaria is increasingly visible and strong.  We continue to be approached by many parents asking us to carry out examinations on their children & possibly take them into the foundation’s care.

Renovation plans for the Foundation’s new building in Stara Zagora will soon be submitted to the City’s authorities. The early work is planned for late March and if all goes well, the workshop should be operational before summer 2013.